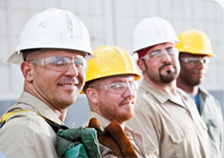 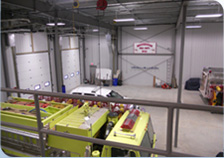 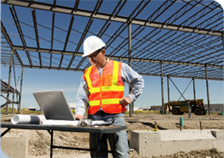 Letters from some of our satisfied customers…

“Construction of our dealership was done in a timely and professional manner. Both Josh and Gary were very accommodating in all of our requests. They provided accurate and professional information about all facets of the construction. Any issues that arose after completion were also dealt with professionally. We would endorse Atkinson Construction for future projects. ”

“On approximately Aug. 20, 2006, Atkinson construction started on site construction of a 6,000 sq. ft. welding shop with an attached paint bay. We found them to be very capable to undertake this project in today’s tight labour demands. Construction costs and schedules were met along with the expected quality of the finished product. Follow up and commissioning of the project was also handled very professional and I would not hesitate to recommend Atkinson to anyone looking for a general contractor for a project. If we have another project in the future we will definitely have this company on our bidder’s list. ”

– The County of Athabasca

“In late summer of 2003, Atkinson Construction started constructing a commercial building in Stony Plain which was completed in January 2004. The approximate design build contract was $280,000.00. Atkinson Construction also started a commercial building in Spruce Grove in the fall of 2003 and completed this project in the spring of 2004. This design build contract was approximately $700,000.00 and opened the doors under the name of Waves Carwash. The owner of Atkinson Construction, Josh Atkinson, was very easy to work with on both of these projects. Constant communication was required on both these buildings to bring these projects to completion and Josh handled this very well. Atkinson Construction, in general, looked after constructing these buildings and completing them in a very professional manner. ”

“This letter is to express my appreciation for the fine job done by your designer, Green Tree Engineering, and your construction crew in the completion of the Dry Cow Facility. Although the Project Team worked together diligently to meet the schedule requirements of the Faculty, we experienced conditions beyond our control. By the time designs were complete and you moved on site in January, winter finally closed in with extreme cold and snow, which slowed site preparation to a crawl. The issue of the fire code requirements which arose during construction, requiring design changes to provide a fire~rated wall structure introduced a delay in mid-construction. Finally, as construction was nearing completion, rains made the site inaccessible to heavy trucks for an extended period. . However, when we came to the Substantial Completion Inspection, there was not a single deficiency to record, and Construction Completion was simultaneously awarded. I am not aware of this happening on any other Major Capital Project since the formation of the Project Management Office at the University, certainly not on any other of the 22 projects I have been assigned. Thank you very much, Josh, for a job well done! ”

“Atkinson Construction completed a design/build project to construct a 1,600 sq. ft. addition to our firehall in Parkland Village. The project was completed in 2005, on time and on budget. Josh Atkinson was Project Manager and per our requirements he also had his Job Superintendent on site while the work was carried out. Josh and his superintendent Gary, were both very good to work with. The work was well thought out, organized, and was completed in a timely, professional, and safe manner. The workmanship was very good. Josh and Gary were friendly, knowledgeable, and were able to recommend best practices that we incorporated into the project at the design stage and with any minor revisions we made during construction. Any deficiencies at the end of the project were very minor in nature and were addressed right away. The engineer Josh used for the project was experienced and provided us with a good engineered design and drawings. The new portion has been operational several months now and the feedback has been very good. In conclusion, our experience with Atkinson Construction was very positive and we would have no concerns working with them again in the future. ”